The new pipeline results in a shorter wait before jobs are processed. Retries are more forgiving too, with each job now attempted multiple times.

The video player has also seen improvements, with upgrades to the latest versions of its various libraries. Several new options have been enabled too. You can now set the player to autoplay (previously that had to be done using a separate query-string value). You can opt to have the volume muted on-load. You can also opt to have it play inline on mobile devices.

The main reason for enabling these particular options is, when combined, they let you autoplay a video on mobile. Previously this was blocked by the manufacturers (such as Apple). There were several reasons for that. They wanted to limit data usage to avoid data-hungry videos loading until the user actually wanted them to. Previously videos could only play full-screen on iOS on iPhone and so an auto-playing video would be disruptive.

However the problem was developers simply worked around the restriction using alternative solutions, such as animated GIFs or awkward techniques using JavaScript, which were even worse for battery life and data usage. An animated GIF is often many times bigger than the equivalent video file.

Beginning in iOS 10 and the latest versions of Android, Apple and Google began to relax this restriction and now do let a video autoplay - provided it is (a) muted, and (b) set to play inline. For more technical details about the new policy you can visit this page: https://developers.google.com/web/updates/2016/07/autoplay.

Note: Users can still prevent your videos from autoplaying - such as by using the ‘Data Saver’ mode on Android.

We recommend opting to use native video controls on mobile: 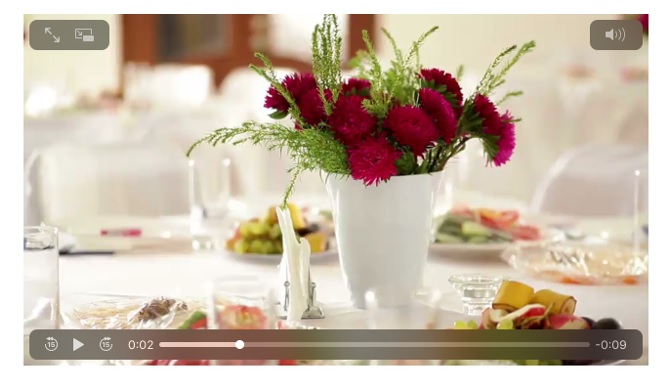 The viewer can see the video has been muted (top-right) and can then toggle that if they wish to hear the audio: 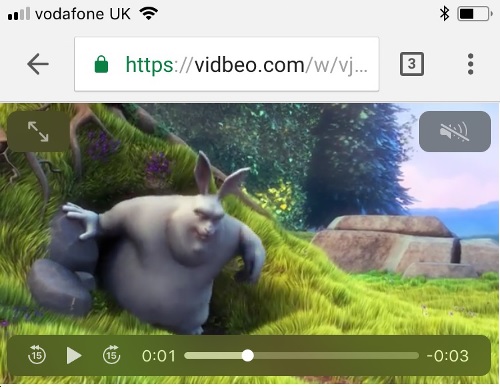 A new loading-wheel indicates when the player is loading data or paused during a seek.

The latest update includes other improvements too. The player’s editor has been refined and so is hopefully easier to use. You can reach it in your admin panel by visiting Content > Players > [player]. So by clicking on your particular player, you can review and edit its settings - including the new ones mentioned above.

This update also fixes an occasional bug with iOS 10 on iPhone where sometimes the play button would not be correctly aligned and/or the poster frame not appear.

If there is any other feature you need - or you have found an issue we need to address - please get in touch. If you have yet to sign up, why not try out our enterprise video hosting? You can request a free trial and simply email us details of your proposed usage and budget for us to build a video solution for your company.